U.S. to Lift Yuan Manipulator Tag Ahead of China Trade Deal By Bloomberg 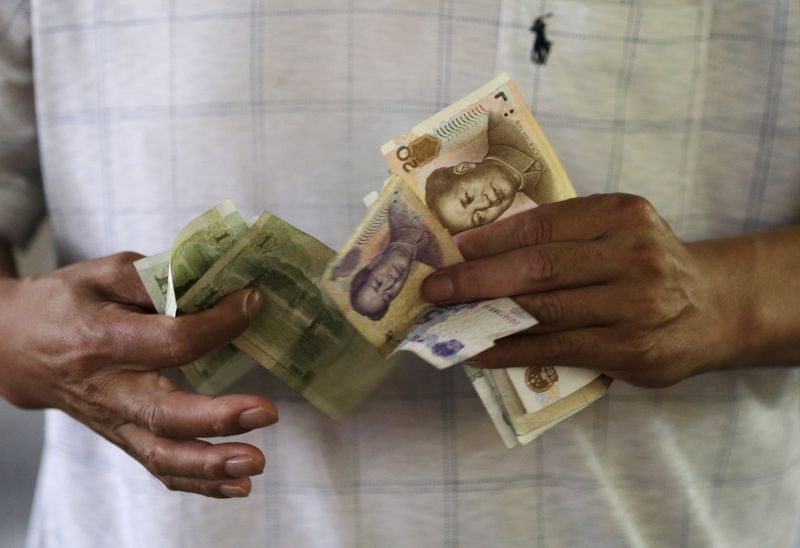 
(Bloomberg) — President Donald Trump’s administration plans to lift its designation of China as a currency manipulator, people familiar with the matter said, removing an obstacle to a trade deal the two nations are set to sign this week.

The Treasury Department will make the move in a semi-annual report, expected to be released soon, after being delayed as the U.S. and China finalize a “phase one” trade pact, said the people, who spoke on condition of anonymity.

Treasury Secretary Steven Mnuchin in August first formally labeled China a currency-manipulator, a move that further escalated the trade war with Beijing after the country’s central bank allowed the yuan to fall in retaliation to new U.S. tariffs.

A Treasury Department spokeswoman declined to comment. A reporter for Fox Business Network earlier tweeted the news about Treasury’s plans.

Now that a deal is in sight, the designation is being lifted. The administration had at one point considered maintaining the label and instead announcing it would monitor the yuan with the possibility of lifting the designation in August of this year, according to the people.

The offshore strengthened to 6.883 per dollar on Monday.

Mnuchin’s August 2019 announcement prompted authorities in Beijing to increase transparency around how they manage the yuan. Some of that data has provided support for the Treasury’s view that the People’s Bank of China engages in competitive devaluations of its currency, the people said.

But economists have criticized the U.S. decision to call China a manipulator. The International Monetary Fund said in September the yuan is fairly valued and that there’s no evidence of manipulation. China’s weakening currency could also be attributed to a slowdown in growth.

China also doesn’t meet the criteria outlined in a 2015 U.S. law for formally designating a country a currency-manipulator. Mnuchin instead relied on a 1988 trade law that has a looser definition of currency manipulation to justify the claim. He did so after the yuan broke the 7 per dollar level for the first time since 2008, drawing Trump’s ire. Mnuchin had resisted using the label in the previous five reports he released.

The August announcement was made in a press release, outside the normal issuance of the report. That left currency strategists and policy experts without a full explanation for the decision. Treasury’s currency report examines 20 countries for possible currency manipulation, a number that was increased from 12 in May.

Trump was involved in drafting the press release, which on his direction refers to China as a “Currency Manipulator,” using capital letters, one of the people said.

When Treasury officials briefed congressional committees in August on their decision, they read quotes by Chinese leadership officials stating that they had all the necessary tools to prop up the yuan. According to the Treasury officials, those statements prove intent and serve as evidence that the country was manipulating its currency, two people familiar with the briefings said.

Mnuchin in October said that if a trade deal with China were signed, he would consider removing the manipulator tag, saying that signing an agreement would be “a big step in the right direction.”

Tension but no shock on oil market: IEA